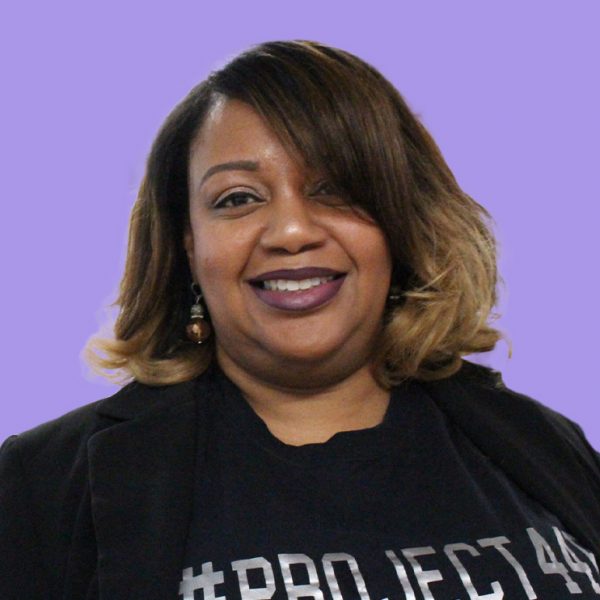 Kera joined Change Machine in October 2019 to support the organization’s work on student loan debt. With over 25 years of experience in the automotive industry, Kera has dedicated her time to the Raleigh/Durham area as an advocate for financial security, while also speaking at local HBCUs and churches as an expert on credit scores and predatory lending.

Kera attended Virginia Union University in Richmond, VA for Psychology. Kera moved to the Washington DC area and began a career in the automotive industry in sales during the early 1990s when it was unconventional to have a divorced mother of two as a salesperson. It wasn’t until the late 90s that she was promoted to finance and was disheartened by the number of people that attempted to buy vehicles that did not have the credit score needed to buy a vehicle, no less a home. Her focus shifted to financial security.

In 2003, she was hired with the sixth-largest auto dealer in the country as the Special Finance Director, and began to make an impact by educating buyers on the credit process and achieving higher scores. Workshops and seminars were the way to give back to the community and promote education to those who needed it.

In 2010 she established a relationship with the Triangle Area of Raleigh/Durham/Chapel Hill as “Cousin Kera” and began to get customers the loans they needed to get back on track. She can be heard on The Light 103.9 and has been a speaker at The Annual Women’s Empowerment Radio One Raleigh.

Now that all three of Kera’s children are grown and have graduated from college, she can focus on raising her Siamese Cat “Chip” and working at Change Machine.

Her Motto : “When you know your options, you CAN make better decisions”