Learn How a New Debt Collection Ruling Affects Your Customers

The following is an extended version of the interview featured in Tech For Equity Updates — a biweekly newsletter about Change Machine’s platform, including upcoming trainings, and insights from our community of practice. Subscribe today! 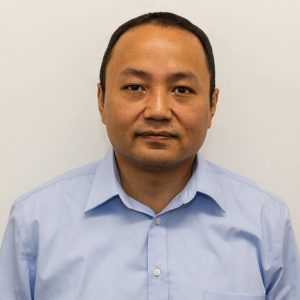 Regulation F is an extension of the Fair Debt Collections Practices Act (FDCPA) that mandates how debt collectors use e-communications, permitting use of certain electronic communications such as social media to provide disclosures and notices. These regulations apply to debt collectors such as debt collection agencies, collection attorneys, debt buyers, and mortgage servicers that obtained the account in default, while excluding original creditors.

We spoke to the Supervising Attorney of the Legal Aid Society’s Consumer Law Project, Tashi Lhewa, to learn more about the impact Regulation F has on the customers we serve. Lhewa oversees the Consumer Law Project’s work providing representation, trainings, outreach, and legislative and regulatory advocacy to low-income New York City residents. Tashi also represents clients in state and federal courts on a variety of customer debt matters.

What are the advantages to Regulation F?

When you get an email communication, you’re able to respond instantaneously. You’re not having to put in a written response and submit it by mail. It could be months and you don’t know whether they received and processed it. With an email, you have that instantaneous proof that it was sent to the address indicated.

Some of the new rights are really consequential and important. That debtor has the right to say I don’t want to communicate using a specific method to the debt with a debt collector.

At the same time, many of our clients don’t have email addresses, so they’re not participating in electronic communication. From the clients I serve, a lot of them will have an email address they never check. Whereas if they get something in paper in the mail, customers are actually going to look at it. When you receive communication by email in a spam folder, you may not look at it either.

Has embracing electronic communications been more beneficial or concerning?

Embracing electronic communications was one of the major concerns. You open this can where it’s not just people receiving letters from debt collectors. Once those “legitimate debt collectors” start using electronic communications, there can be a lot of bad actors. Not to say that these collectors themselves aren’t bad actors, but you can have a lot of scammers who are involved. Many of our clients that we refer to your organization for help are people who’ve been scammed by emails.

How can regulation F open the door to customer abuses?

One concern is called seven-seven, or being able to attempt seven calls in seven days. That’s a lot by itself, but when you think it’s actually per debt and often debt collectors are calling regarding more than one debt, you have multiplied this number. That is harassment. You make enough attempts on the phone and customers will pay the money. Even if it’s illegal and abusive, it works.

Now more so than ever, any individual who’s not an original creditor under the definition of the FDCPA has access to the alleged debtors’ email addresses. Even though regulation F says that every communication has to disclose the ability to opt-out, it truly should’ve been opt-in.

Regulation F doesn’t require validation notices to be sent out in other languages like Spanish. It has to be English, even when the customer already spoke with the third party in another language or the collector has knowledge that the individual prefers or speaks another language.

In regards to social media, I see no reason why a debt collector should have any reason to have access to someone’s Facebook profile. It’s ripe for abuse because there is a lot of personal information that is completely unrelated.

How can financial coaches help their customers navigate this harassment?

You can file a complaint with the CFPB and there is a deterrent effect in copying the CFPB on a letter asking the debt collector to stop communications. But is the CFPB actually going to follow up? It’s a great organization, but there’s a huge volume of people who need help with these issues.

It is not easy to enforce FDCPA provisions. I’m just speaking from my experience and New York’s experience, but I think this is true elsewhere. In legal services, not a lot of people can get assistance and representation to bring such a claim.

There will often be state and local laws like New York City that are similar, if not necessarily identical to the FDCPA. In my experience those are the agencies who can act sooner and you’re much more likely to get a response. Any agency like the New York City Department of Consumer and Worker Protection reaching out to that debt collector will have a tremendous deterrent effect on them. They pursue their own enforcement actions under state and local law. The FDCPA is great, but we also have other consumer protection laws.

Who is being left behind by regulation F?

The Limited English Proficiency (LEP) and immigrant population is being left out with the lack of data. It’s not just proficiency with English, sometimes it’s just literacy. They’re unable to read and even if they are able to read, financial coaches help in explaining what the lingo means, as simple as the FDCPA tries to make these validation notices. What does the original creditor mean to some of the people that we’re serving?

I think everyone’s coming from a good place, but we should try to put ourselves in the place of those that we’re trying to serve. Terms we may say are simple enough, like debtors, really aren’t. There’s no real substitute for the work that you and the financial coaches do in sitting down and explaining that to individuals. I don’t think any amount of simplicity and language in debt collection letters can substitute for that.

Which resources help bridge this gap?

There is no substitute for the work that you folks do. That’s one of the biggest challenges because by the time customers come to us, we can resolve a court case for them. But when someone’s underwater, they’re usually underwater with more than one debt. We can knock one or two out of the park, but either they’re going to have three or four other cases that are either in or about to be in litigation or in six months they’re going to be in the exact same place.

Instead of us trying to play whack-a-mole with individual cases and sustaining individuals here and now, I’m trying to think holistically how we can get that person back on their feet. What are the underlying causes of the financial challenges that they’re going through in their lives? As an attorney, that’s something we’re not trained to do. That’s where I really think that financial coaches and the work that you do is more important to proactively address these questions.

Any thoughts on future rulings on debt collection?

There is a balance that has to be struck. I believe it’s true to say now we’re moving to a more digital age and the issue of electronic communication has to be addressed. It should also come from the perspective of those that we serve, who are generally low-income and don’t have the money to pay their debts. Often decision-makers fall in the trap of thinking from their own personal experiences and what they would deem to be reasonable when it comes to electronic communications.

I wouldn’t say foreclose all electronic communications, because often it is a useful tool for our clients. My clients get emails where it’s easy for them to respond back to that debt collector to dispute something. Whereas if they get something in the mail, it gets more complicated trying to have that dispute or communication as well. But at the same time, we need to make sure that there are adequate protections for our customers.

Our Change Maker Jorge Rosero also wrote a guide on everything you need to know about Regulation F, available as Part I and Part II on our SHARE platform! To learn more about the practitioners that make up our expansive community of practice, check out our Spotlights tab of our media page!

Nancy Williams on Centering Black and Brown Voices Within Our Work